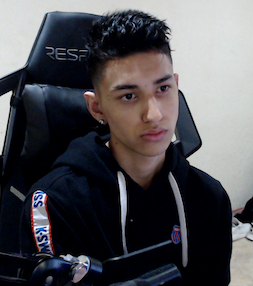 Leo was born in Mexico and was Raised in the sub-urbs of Chula Vista in San Diego County. He started gaming as a little kid on a Nintendo 64 that my cousins owned, mostly playing Mario Kart. His first console was PS2 where he played GTA: San Andreas, he then upgraded to the PS3 then later to the PS4 and that’s when he got into Fortnite. Leo watched Pro Squad Scrims like Zayt, Saf, Zenith, Parallax and other players and decided to save up money for his first PC and see how good he could become. He then started playing a lot and when tournaments finally came out, He was placing consistently. Leo has been in the competitive scene since it began back in Winter Royale 2018. When he’s not gaming, he enjoy playing sports but mostly soccer. One day, Leo would have a degree in Architecture since it has been his dream job as a child.

Team New Age, also known as ‘TNA’ is a premier esports and lifestyle organization founded in 2020. Along with a team of extraordinary individuals, we strive to transcend the world of conventional esports.

Stay connected with us